Web application is still a pioneer of digital software products and when it comes to developing a successful product, picking the right tech stack is a crucial step. A rightly-selected tech stack can either breathe life into your web application or slow down and delay its development process and further maintenance. Because a product is not just about a nice UI and convenient UX, it takes a lot more to win customers over – product stability, security and maintenance are extremely important and this is where tech stack comes in. A good tech stack will allow you to save time and money, avoid programming errors, scale up your product and keep the data secure.

When determining the right stack, various factors have to be taken into account as its components will directly translate into the quality and performance of your web application. The choice also depends on different types of business i.e., start-ups or large companies. And even though business owners usually depend on their developers or development partners to decide on the technologies, which is common, as they focus on other operations. However, if you do rely on them, it’s important that your developing partners fully understand your business needs, important features requirements that you’d be implementing for selecting a tech stack!

The question is, how to choose a technology stack for web application development and how to start the procedure? There’s a lot to consider so let’s explore how you can go about it and choose a powerful tech stack to build a solid product! 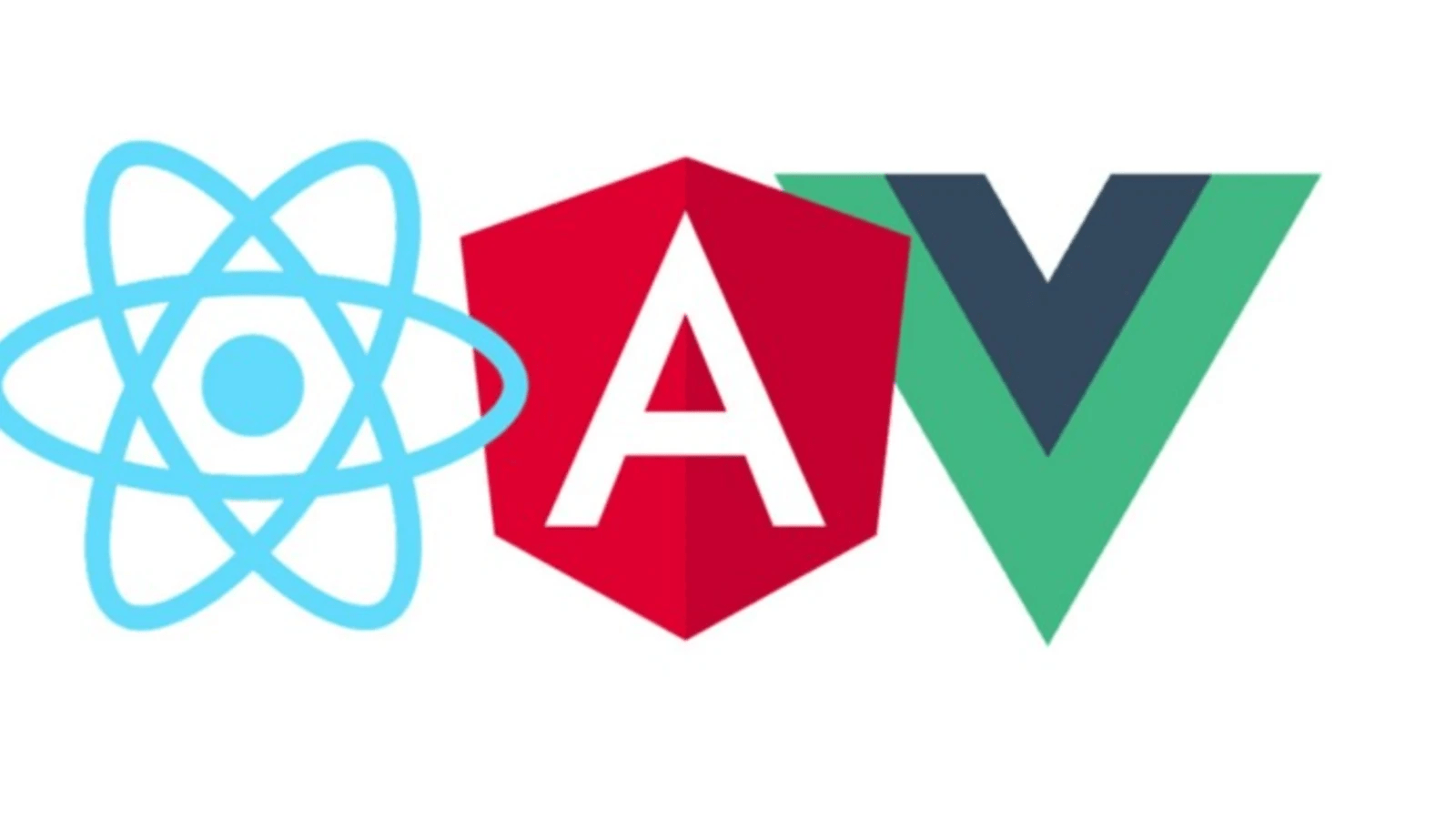 Frontend frameworks are the pioneering building blocks of software development projects. They are responsible for what your users see and to win them over, their user experience has to be smooth and seamless, no matter how complex functions and operations happen in the backend. This makes choosing the right frontend framework essential as user experience is the number one priority in the market today. However, there are many framework options to choose from, which can be overwhelming. To help you out, we have listed the top 3 frameworks – Angular, Vue and React – which are the most popular among developers.

Angular is one of the most used frontend frameworks globally and is considered the best to develop large-scale projects. It is an open-source, TypeScript-based framework developed by Google to bridge the gap between the increasing demand of tech and conventional concepts which showed results. The two-way data binding feature of Angular makes it unique, with which the model and the view can be synchronized in real-time and any change in the model is reflected instantly on the view and vice versa.

Angular is an ideal choice if you’re looking forward to developing a multi-page or a progressive Web application. It powers millions of apps and sites, including some of the biggest names in the industry such as BMW, Xbox, Blender, Forbes etc. While it is not easy to learn and get accustomed to Angular, the documentation makes it easier for beginners to onboard.

Vue rising star in front-end frameworks at the moment. A simple and straightforward framework which started as an individual project but grew into becoming one of the most progressive and popular frameworks. Which means, if you have an existing project, you can easily adopt Vue for a portion of the project and everything else would fall into line. It removes the complexities that angular developers face and brings along major advantages like Visual DOM and component architecture.

With Vue, you can build complete frontend apps – be it Web application, mobile apps or progressive Web application – Vue can easily handle both simple and dynamic processes. Some of the major Vue users are – Alibaba, 9gag, Xiaomi, Reuters.

React is the simplest JavaScript UI framework to work with. It was developed at Facebook, the first to adopt the component-based architecture, to fix code maintainability issues due to constant features changes in the apps. Its virtual dom offers exceptional functionality and makes dom-manipulation much faster. React is an ideal framework for the developers who anticipate high traffic and need a stable platform to handle it.

Moreover, react dev tools (an extension) are used for the open-source React JS library, which allows for inspection of the React component hierarchies in the Chrome DevTools.

Why do we use React, Angular, Vue?

React, Angular and Vue all adhere to the latest JS ES6+ specifications and have their own ecosystems. Let’s discuss each one of them and understand why we use these top JavaScript frameworks.

React is used for it is simpler to grasp, easy to learn, has the native approach, uses data binding and offers fast treatability!

Angular has become highly advanced and modular to use for frontend development. The change from Model-View-Whatever architecture to component-based architecture is notable. Where you could insert a link to the Angular JS library in the main HTML file earlier, it now allows you to do the same by installing separate components. It’s commendably flexible and developers currently rely on Angular 2+ due to its MVC architecture. Angular2 is a complete JS framework with all the modern frontend development tools that you need and you it is an ideal choice if you do not like working with additional libraries as with React.

Vue may be a borrowed concept from Angular and React but is better than the two in many ways. It allows you to store component logic and layouts along with stylesheets in one file, which is similar to how react works but without stylesheets. Vue used props and state objects for communications between components. And just like Angular, Vue wants developers to mix HTML layouts with JS. The reason why developers pick Vue over React is because of the Redux library which slows down the development process. As for Angular, Vue is much simpler and has fewer restrictions than Angular.

One more benefit of using Vue is that you don’t have to learn JavaScript (JS) once more.

There are numerous backend frameworks used by different developers across the world but only a handful of them remain formidable and have the ability to deploy large and scalable applications. Let’s see the top 3 backend frameworks –

Things to consider when selecting a backend framework

Different applications require different development tools and when you’re choosing a technology stack, you need to keep in mind the specifics of your application. There are many frameworks to choose from, each of which has its own set of pros and cons. Determining which framework is the best can be subjective as it depends on the type of product or app you’re building, what you are trying to achieve, the learning curve, and more. Hopefully, this list of top tech frameworks for your web application gives you some kind of direction and help you make a decision.

How Can aTeam Help?

The app development process is never just about the design and code creating steps. We look after every single aspect of our client’s requirements and understand all the fundamentals, including technical documentation, functional requirements and user stories. This is why our clients trust us. Over the years, aTeam Soft Solutions has provided app development services to companies across various markets including finance, fitness, healthcare, retail, construction, consumer products and many more.

With a team of highly experienced experts and advanced resources, aTeam Soft Solutions extends a hand for helping you take your business to another level with a robust product. We’ve got the right team and experience to deliver fantastic applications with innovative features.

Our team looks forward to serving you and helping you achieve your business goals.

Talk to our expert today!