If you are well versed in technology and computer coding language, then Java, Ruby, Python, etc., may be familiar to you. Apart from these programming languages, you might also have some idea about the concept of backend technologies. These technologies are developed to provide support and power to the front-end side of your web application. The backend technologies act as a basic skeleton for the website and help you design the functioning of the user-facing part.

The backend technologies stack consists of programming language, frameworks, libraries, servers, and many other elements crucial for building any software.

All these components are stacked with each other and complement one another to develop perfectly functional applications.

The Vital Tools You May Require For Developing A Web Application

If you plan to develop web apps, though, you must already know that it is not an easy job. But there are a few vital tools that are essential for developing a web app, that includes –

Language To Establish Communication Between Server, Application, And Database

The language used for establishing communication among server, application, and database is a server-side language. The server language consists of popularly used programming languages literature as ASP.net, Ruby, Python, and Java.

It is a backend program that performs functions like providing database services to other PCs. These servers are used for performing tasks like finding, saving, and changing any data. However, they can only be operated by using backend languages. If your company is not so large in scale, these database servers are also capable of hosting the software applications.

But in the case of larger companies, there are separate database servers that are particularly designed to perform different tasks. These servers consist of hardware, software, and applications servers.

These types of servers are mainly utilities in complicated transaction-related applications. The server executes operations that are application-based, among the user and database. The functions it performs are –

Understand How Web Application Work Before Choosing A Tech Stack 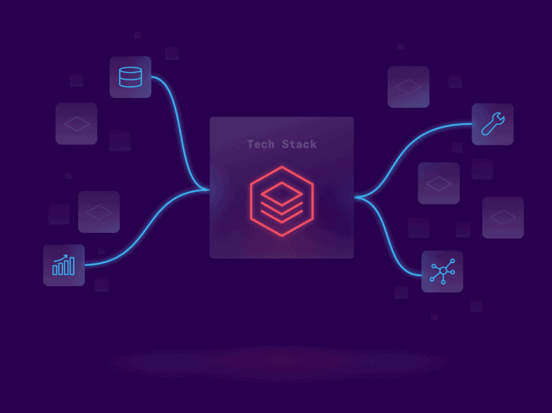 In the following paragraph, you will know about these two components’ functioning in a more simplified and comprehensive way.

The front-end is also termed as client-side servers, which mostly consist of all the things that the users can see on their screen. Thus the main function the front-end components perform is receiving data from the server, and then it progresses that data. At last, it displays the final result to the users. So you could say that the application contributes toward creating communication pathways between the interface of the application and processes the users’ action.

The backend technology is famous among developers by the name of server-side. These parts’ main function is to store only the essential information, and then it processes these data according to the client’s request. However, the backend technology cannot be viewed by the users though it provides extra support and power to the front-end. 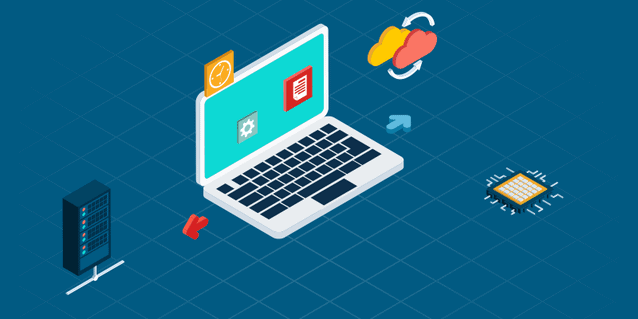 The stack’s backend component consists of more than one part, and there are various options available for you to select from. The server-side performs back door works which remain invisible to the general users. You can describe it as the engine that drives the machine and helps implement the tasks.

The backend technologies stack consist of various part, which includes –

Though nowadays there are strong rumours about the declining popularity of these programming languages still it is used widely for server-side programming. It was built in the 90s by a computer scientist and programmer in Japan. According to them, developing this software is to create an elegant and powerful language that can provide developers with a friendly tool and could be learned easily.

This programming language has features like goal-oriented, common objective, and high-programming abilities, which is ideal for developing web apps specialized in streaming or eCommerce. And it also helps you meet the tight deadline.

Ruby can be modified and built upon as it is open source.

What can be done with Ruby?

It was developed by Guido Rossum and launched in 1991. Python’s features are similar to Ruby in terms of goal-orientation, common goals, and high-end programming language. It is the reason why Python is popular among web developers.

The only difference between Python and other conservative languages is that you could solve it one-sidedly. Though the language is strict and clear, it is still quite easy to learn, which is why it is popular in various communities.

What can be done with Python?

Java is the most commonly used computer language, coexisting, goal-oriented, and particularly designed to implement a few specific tasks. It was declared as the most popular programming language in 2015. Java programming is used in Android devices.

Java has always been the most popular programming language for a reason. It is extremely versatile and has been used by developers for more than two decades.

JVM makes Java so versatile. How so?

Compiling a program creates code that runs differently on different computers. This is not the case with Java because of JVM (Java Virtual Machine). It works as the middle layer that allows the code to run on any computer.

What can be done with Java?

With Java, you can do the following:

It is the programming language used for general purposes by a wide range of developers, frameworks, and libraries. Unlike Python, it doesn’t have any strict standards, but rather it can act as a guideline for the developers’ community. In the case of bigger projects, it becomes difficult to maintain the structure and difficult to read. This problem is termed as Spaghetti Code among the programmers and developers.

What can be done with PHP?

Web Application Framework Which Proved To Be Beneficial For You

There are some excellent web application development frameworks you can use while developing your web app.

It is a free and open-source application framework specially designed for Node.js. These frameworks’ prime task is to develop and design the web application in a much faster and effective way. As it only requires javascript thus, it becomes easier for the programmer and developer to build web applications and API effortlessly.

Another big advantage of using the express.js framework is that as it is based on Node.js, most of the codes are written. Thus it makes the work of the programmers easier.

Reason To Use It:

The prime use of Express JS is when you develop applications with JavaScript, which is one of the most famous programming languages, and the express provides additional support for it. If you already know JavaScript, then you also might know how useful and supporting ExpressJS is while programming.

Thus with the support of Express JS, you develop various types of applications in short periods. Express JS provides the advantage of simplicity, efficiency, versatility, and flexibility to the programmers.

Companies that use Express.JS:

It is a framework that has features like expressive and elegant syntax as the company believes that one should enjoy the creative experience of developing web applications. Thus, Laravel aims to reduce the monotonous experience of developing through using common tasks of web projects. Laravel is powerful, accessible, so the combination of simplicity, elegance, and innovations provides a complete toolset.

Reason To Use It:

You might have understood from the above point that Laravel is not an ideal framework for a beginner as you need to possess at least moderate ideas of technical knowledge to use it to the fullest.

It is the best choice for you as Larvel makes development much easier and simple for the new developers. It automates various common tasks, enabling you to develop the application in a much shorter time frame. You should prefer Laravel because it provides extra support like easy mail integration facilities, protection from SQL infection, CSR fraud, etc.

Companies that use Laravel:

Loopback is a specifically designed framework of APIs, and its function is to connect the API with the backend technology. It is built with the reference of Express.js; thus, it can use the data model definition, which could easily be processed into a functional end-to-end Rest API.

There are few extra features you can get along with Loopback.js, like built-in-client and API Explorer. These features make the work of the programmer easier.

Reasons To Use It:

The primary goal of Loopback is to create a versatile end-to-end REST API. It helps you move most of the setup and your creations to the server, making it easier to create new models and connect them with your database. The Loopback also offers you to construct an interface for the command-line, which is great to use daily.

Companies that use Loopback:

Thus you might have realized that choosing the perfect backend stack technology is not an easy task as some of these technologies could get along with specific applications very well. So the final choice can become a little easier. However, it is recommended to do proper research before selecting the right backend web application framework.

Can’t figure out which backend technology to choose from? We’re here to help you with that, connect with us on sales@ateamsoftsolutions.com and get the right consultation.